FUNDRAISER OF THE YEAR 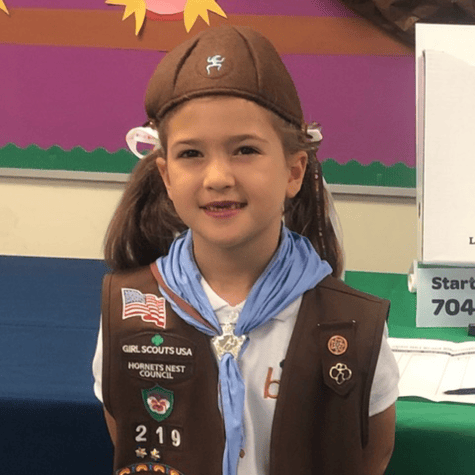 I’m nominating Alice S. for “Fundraiser of the Year.”

While that award may not exist exactly, this spunky, driven young lady has much to teach even the most seasoned development professionals.

Alice made an appointment with a team member at a local organization where her mother is a board member. When she showed up, all dressed in her Girl Scout uniform, the staff person was prepared to buy at least one box of those yummy cookies.

However, this experience was a special one. Alice entered into conversation, asking questions of her “donor” like “What is your job?” “How long have you worked here?” and other open-ended, engaging queries.

Then she introduced herself. She talked about the Girl Scouts, how long she has been one and what she enjoys, what they are doing in her troop with the money they raise from the sale of cookies and what a difference it makes not just for her, but for all the other girls too!

Then she asked if this person would be interested in purchasing cookies and acknowledging her gratitude for the support. (Spoiler alert: the purchase, which was going to be one box, ended up being more like 3!)

And then, in a very sophisticated next step for an 8 year old, she asked if the staff person would be willing to extend her support by sharing her messages with other people who she thinks may care about the Girl Scouts and what they do. She even offered to come and speak at an upcoming staff meeting.

A thank you email came immediately from her mom’s email address, but focused on the topics Alice discussed such as hoping she gave enough information to answer any questions about where the money from selling cookies is going.

Whether you are 8 or 58, the basics in asking for a gift are the same for everyone:

This young Girl Scout will probably have our job one day – and won’t that be a great thing for whatever organization is lucky enough to employ her!

Image by Pexels from Pixabay

Jan Brogdon, CFRE, is an experienced member of the Donor By Design Team focused on working with a diverse group of nonprofit leaders who are looking to connect their work in commmunities with donors who are seeking to make a difference. With more than 30 years of professional experience, Jan has a strong track record in linking program and membership support activities with annual giving fundraising programs.