RESOLUTIONS PART I: THE 20 MILE MARCH

Happy New Year! This is the time of year so many of us make resolutions for the upcoming year — some of them we even keep!  Last year at this time, I decided to stop drinking any kind of soda. I had become convinced I didn’t need the diet or the sugary versions. And you know what? This was one I actually kept. I’ve been soda-free for a full year! 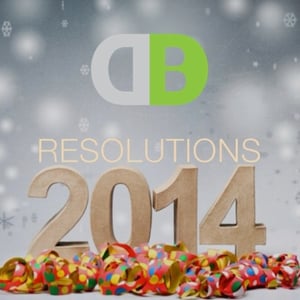 John Norcross, in his book Changeology: 5 Steps to Realizing Your Goals and Resolutions, makes these following suggestions:

This is such good advice for our personal lives and fundraising lives.  In my first three blogs of 2014, I want to use this advice as a backdrop for some thoughts that have been brewing for me since I finished Jim Collins’ book Great By Choice.

Collins describes leaders who are great by choice as “10X leaders.” One of the characteristics of a 10X leader is the ability to maintain a “20 Mile March.”  The 20 Mile March is hitting performance targets with great consistency year over year.

He reiterates that the march needn’t be just financial — it can be a service improvement march, a creative march etc.  10X leaders and great fundraisers deliver on these marches year after year.

The annual campaign is a 20 Mile March: consistent growth every year.  In 2014, let’s not load up our annual campaigns with non-repeatable gifts (some are dreading 2014 because of these decisions made in 2013).  Remember: the best predictor of future giving is current giving.

Your march could also include a endowment / planned gift strategy.Commit to a solid program which marches forward with solid results every year.

Why not commit now to a “20 Mile March” in 2014? What will your SMART goals be? What small achievements can you celebrate along the way?

I’m looking forward to marching together in 2014!