These words from Matthew 25:14-30 wonderfully define Robert "Skip" Wilke’s life of service. There likely isn’t a state in our nation where Skip didn’t have a group of friends and colleagues who benefited from his wise counsel and amazing generosity. His international work endeared Skip to colleagues worldwide. His faith, humility and willingness to go (or drive) the extra mile resulted in a life worthy of celebration.

As a 12-year-old, Skip attended YMCA Camp St. Croix. His amazing support of YMCA camping continued uninterrupted for the next 67 years as he provided outstanding leadership and generous financial support for many Y camping programs.

This commitment led to his becoming one of the most recognized and respected camping leaders in the YMCA movement, including participation or leadership in the YMCA Mid America Camp Conference (MACC) for 48 consecutive years.  As the co-director of the YMCA’s International Camp Counsel Program, he was responsible for bringing thousands of international youth leaders from over 80 countries to serve as counselors in YMCA summer camps.

Skip was instrumental in strengthening Minnesota’s Youth in Government program throughout the 1970’s, setting the stage to build young leaders.

Skip considered his commitment to serving others his life’s highest calling. During his life, that calling greatly advanced the mission of the YMCA locally, nationally and internationally. Today his impact continues through endowment funds he established in support of the organizations he loved and served throughout his life.

Skip passed away on December 31, 2017 after a long battle with pancreatic cancer. This year he will be inducted posthumously into The National YMCA Hall of Fame at the 2019 General Assembly of YMCAs in Anaheim, CA.

As each of us continues to serve the organizations we care about, may we also remember that it’s our privilege to work alongside those that carry the same passion and commitment. May you all have such a supporter – and such a friend – as Skip Wilke in your life.

For those of you who knew Skip, we invite you to leave a memory in the comments below. 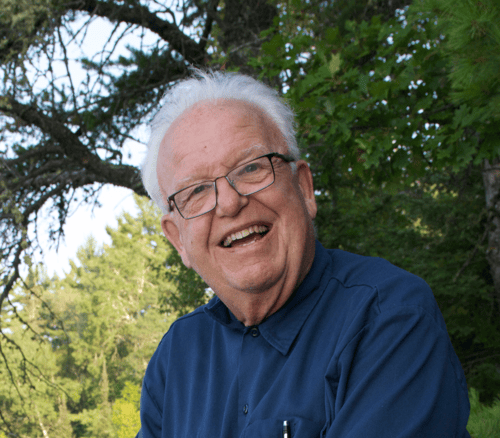 Mike Bussey provides a comprehensive portfolio in fundraising and strategic management for YMCAs, churches and other faith-based organizations. Prior to joining the Donor By Design team, Mike served for eight years as YMCA of the USAs Financial Development consultant to 350 YMCAs in 14 Midwest states, as well as to the Jerusalem International YMCA.